Many people believe that Israel is a secular democracy. While Israel, unlike Iran, is clearly not a theocracy at the present, it is also far from being a uniformly secular society. It is probably as or even more religious than the United States, which is itself quite a religious country.

(On a side note I would argue that on a purely popular and demographic level Israeli society might be more religious than Iranian society).

The ultra-orthodox, haredim in Hebrew, are opposed to secular society. Many of the men, refuse to work and either live off of handouts or have their wives work while they spend their entire lives studying Talmud. There are 3 broad categories: Ashkenazi (that is European) Hasidic haredim, Ashkenazi non-Hasidic haredim, and Mizrahi (Middle-Eastern) haredim. For the most part they oppose democracy and support the establishment of a true theocracy (similar to Iran, but Jewish).

These are the Jews who wear the distinctive generally black clothes. 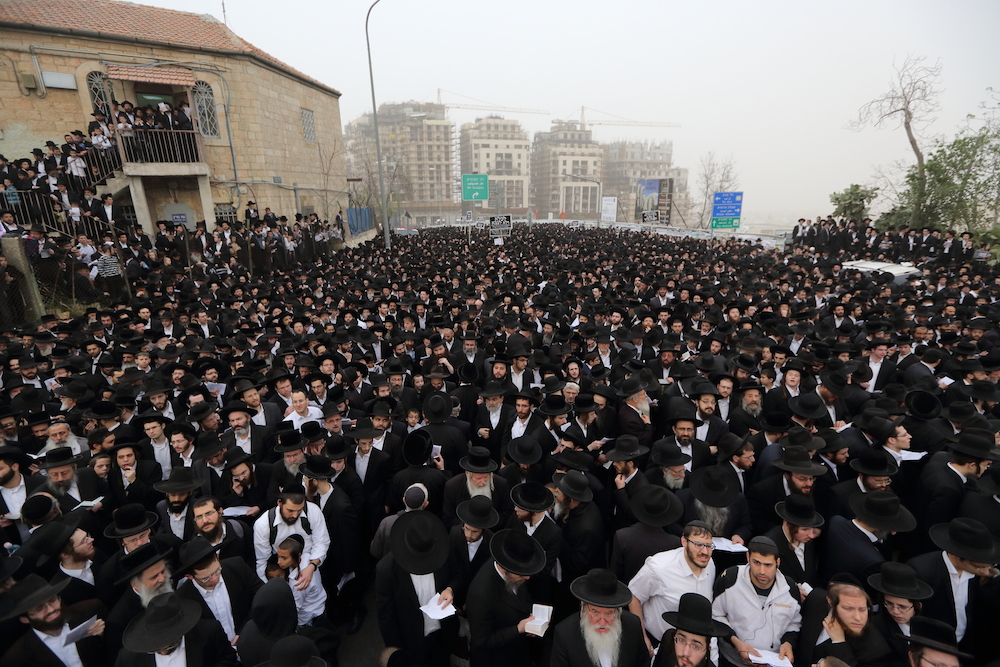 Haredim protesting against a law that would require them to do military service, like other Israeli Jews.

The religious Zionists (dati leumi, or religious national in Hebrew) are for the most part similar to the modern Orthodox in the West. They follow the religious commandments but accept to be part of secular society. However many of them believe that they are living in Messianic times and that the Messiah is about to come, and so certain religious rules can be relaxed. They are strongly Zionist in their views, and are generally opposed to giving up any of the Land of Israel to non-Jews. In these two views they are similar to Christian Zionists in the US who are anxiously awaiting Armageddon in the Holy Land, and the second coming of Christ, which they believe will occur when all the Jews return to Israel. They make up most of the settlers in the scattered settlements in the West Bank.

They tend to wear colorful knitted skullcaps rather than the plain black skullcaps or the old fashioned hats worn by the haredim.

(there is a new sub-group of the previous group, the hardelim (acronym for haredi dati leumit, but which also means mustard in Hebrew), as the name implies they are religious zionists who reject secular society.) 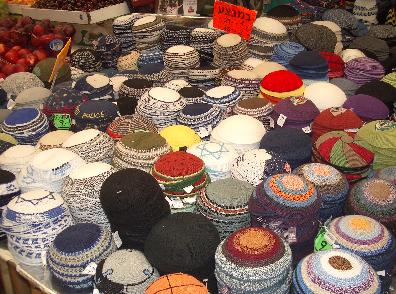 The remaining majority of religious Jewish Israelis are also modern Orthodox (the conservative and reform movements are not well represented in Israel and the Orthodox alone have official status), but they are less observant: most may not engage in daily prayers, many may not keep the Sabbath, but almost all are more or less sympathetic to the more religiously observant.

For their part the secular Jews are about evenly divided between those who believe in God but are not religiously observant much like a great many Jews and non-Jews outside of Israel, and those who are agnostics or atheists and who more or less reject religion.

The above is based on the rough understanding I have come to during my readings about Israel. Please comment below if you know of anything I have gotten wrong.

Note: Due to the high birthrate among religious Jews and haredim in particular Israel is becoming more (not less) religious over time.