Gershom Gorenberg states it pretty simply in his article It Isn’t About the Tunnels. So What Is the Gaza Conflict Really About?

For Israelis, explosions—even of rockets intercepted in the air—are reminders of suicide bombings during the Second Intifada and before, of seeing parts of bodies on the street. The outsider can reasonably say that Palestinians, especially in Gaza, have much more reason to be traumatized. This is true. But suffering is like air, like smoke; it expands to fill all the space inside you. The fact that someone elsewhere is more afraid does not reduce your own fear. At the moment of fear, it is very easy to divide the world into those who are with you and those who are against you.

During the Second Intifada (Palestinian uprising from 2001 to 2005) there were over 100 suicide bombings carried out in Israel, killing about 700 Israeli civilians, and 200 to 300 hundred Israeli soldiers. About 40% of the attacks were carried out by Hamas (which currently governs Gaza), 26% by Fatah (which currently governs the West Bank), and 26% by Palestinian Islamic Jihad (which now also operates out of Gaza). (About 3,000 Palestinian were killed during this time) 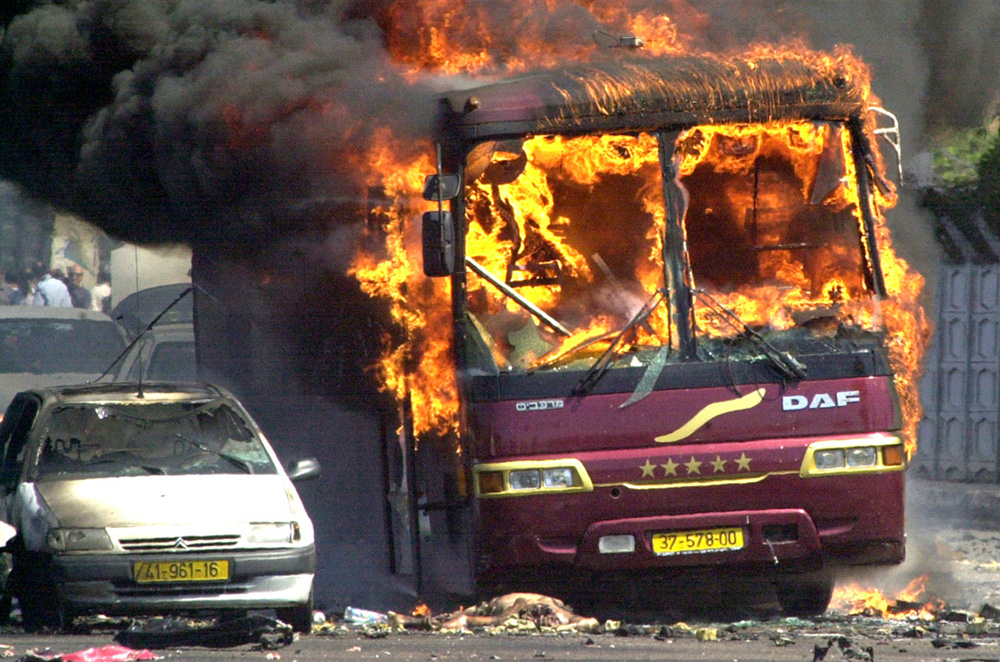 So it is no wonder that the first reaction of Israelis was to want their government to make it stop.

We may be opposed to the blockade and siege of Gaza, we may believe that Israel started the current conflict by cracking down on Hamas in the West Bank, but the fact remains that if we are honest we can understand the response of the Israeli public who supported the war.

That is not to say that Israel was right to wage this war that killed 1,800 Palestinians, most of them civilians, or that Israel could not have done much more to prevent the killing of civilians. But we can’t pretend that the Israelis are being heartless warmongers. They have an understandable fear, and the response is about security.

On the other hand I think we should not only support but demand the lifting of the siege and blockade of Gaza, so that Palestinians can live in dignity. Unlike the rockets attacks, Israelis have no excuse for opposing this. Because the blockade is not about security, it is about punishing the residents of Gaza. The blockade blocks the export of goods out of Gaza, is that because of security? The blockade until June 2009 prevented the import of hummus. Is hummus a deadly weapon? After 2009 Israel allowed hummus, but not hummus with extras, such as mushrooms or pine nuts in it, was this somehow about security?

So at best the motive is revenge for previous attacks.

But Gaza’s worth is negative to many right-wingers in Israel. Gaza contains almost 2 million Palestinians that they want to get rid of.

I think that at a minimum they hope that by making the place unlivable they can get the Gazans to leave voluntarily.

But the extremists want all the Land of Israel, including the West Bank and Gaza, and they want a Jewish majority in all that land, and ethnic cleansing is the only way to get both. So getting rid of those 2 million Gazans would be the first step in that process.

And there are calls to take over Gaza by force and get rid of all the current residents. Here is one by a prominent politician from Netanyahu’s Likud party: MK Feiglin’s call for annexation and ethnic cleansing in Gaza.