Baruch Goldstein was an American-born Israeli doctor and religious extremist. While serving as a doctor in the Israeli army he refused to treat non-Jews, even those serving in the army. Though his commanding officers wanted to dismiss him, he was not disciplined because of the influence of the religious parties and fear as to their reaction. Halacha (Jewish religious law), maintains that a Jewish doctor should refuse to treat non-Jews, except where that would put Jews in danger (because of the hostility it would cause towards them). In practice these laws are not followed, but they exist, and influence extremists. 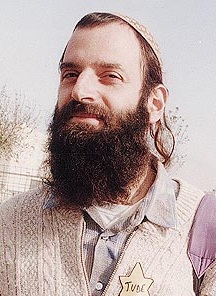 Israel Shahak writes (Jewish History Jewish Religion p. 96) about the duty to save Jewish vs non-Jewish life in Jewish law as follows:

As for Gentiles, the basic Talmudic principle is that their lives must not be saved, although it is also forbidden to murder them outright. The Talmud itself[15] expresses this in the maxim “Gentiles are neither to be lifted [out of a well] nor hauled down [into it]”. Maimonides[16] explains:

As for Gentiles with whom we are not at war … their death must not be caused, but it is forbidden to save them if they are at the point of death; if, for example, one of them is seen falling into the sea, he should not be rescued, for it is written: “neither shalt thou stand against the blood of thy fellow”[17] — but [a Gentile] is not thy fellow.

In particular, a Jewish doctor must not treat a Gentile patient. Maimonides — himself an illustrious physician — is quite explicit on this; in another passage[18] he repeats the distinction between “thy fellow” and a Gentile, and concludes: “and from this learn ye, that it is forbidden to heal a Gentile even for payment …”

This is not to say this disgusting law is obeyed in practice, but that it reflects a strong xenophobic and racist strain of thought.

Even Maimonides, a doctor himself, didn’t follow it, and was the personal physician of Saladin. Though in that case it was OK, because he was paid, and his refusal would have hurt the Jews. Furthermore Saladin was a ruler, and such rules are dropped for rulers (see Shahak p. 64).

Baruch Goldstein followed the rule to the best of his abilities. In some cases he treated the Arab patient until another doctor could be found or arrived, and so compromised on his views.

He was a follower of Meir Kahane who was a Jewish religious extremist. Kahane was possibly the most extreme of Israeli politicians, elected to the Knesset in 1984, though his party was banned in the 1988 election, and he was assassinated in 1990. His party and one of its offshoots is considered a terrorist organization in Israel, the US, Canada, etc.

Kahane advocated revoking the citizenship of all non-Jews in Israel, or deporting them. He advocated banning marriages between Jews and non-Jews as well as such sexual relations, based on Maimonides Mishneh Torah. So he was quite racist.

On Purim day (a Jewish holiday) February 25th 1994 (which also was during the Muslim holy month of Ramadan), Goldstein entered the Cave of the Patriarchs (also the Ibrahimi Mosque, the building is both a Mosque and a Synagogue) and killed 29 Muslim worshipers while they were praying, including children and injured many more, before the worshipers managed to beat him to death.

Goldstein had also poured acid on the floor of the Mosque and assaulted six worshipers the previous year. And Israeli intelligence was aware of him, but didn’t act on it.

Here is an article written shortly after the massacre about this topic:
http://www.independent.co.uk/news/world/jewish-killer-attacked-mosque-last-year-evidence-is-mounting-that-baruch-goldstein-was-known-to-be-dangerous-well-before-the-massacre-writes-sarah-helm-1426229.html

Jewish religious extremists welcomed Goldstein’s mass murder and considered him to be a holy martyr.

Here are some of these positive reactions. Quoting from Wikipedia:

At Goldstein’s funeral, Rabbi Yaacov Perrin claimed that even one million Arabs are “not worth a Jewish fingernail”.[25][26][27] Samuel Hacohen, a teacher at a Jerusalem college, declared Goldstein the “greatest Jew alive, not in one way but in every way” and said that he was “the only one who could do it, the only one who was 100 percent perfect.”[26][27] In contrast, mainstream Jewish religious leaders “rejected the suggestion that killing Palestinians with an automatic rifle” was authorized by the Torah.[25] Rabbi Dov Lior of Kiryat Arba declared that Goldstein was “holier than all the martyrs of the Holocaust.”[28] In the weeks following the massacre, hundreds of Israelis traveled to Goldstein’s grave to celebrate Goldstein’s actions. Some Hasidim danced and sang around his grave.[29] According to one visitor to the gravesite in the wake of the attacks, “If [Goldstein] stopped these so-called peace talks, then he is truly holy because this is not real peace.”[29] Some visitors declared Goldstein a “saint” and “hero of Israel”.[29]

Wikipedia – Veneration of Goldstein and celebration of the_massacre

Furthermore Israel Shahak writes that among religious Israelis there were two reactions one of support for the crime, and one of silence, mostly worry for what the consequences of the crime would be for the Jews.

This can be seen up to today with this article from Haaretz from this year’s 20th anniversary of the massacre:
The Baruch Goldstein effect

The author writes about the trauma that this massacre has caused. TRAUMA for the Israelis (not the Palestinians). And how the settlers are paying the price of this massacre (an exorbitant price in the author’s view). Furthermore the author engages in racist anti-Gentile sentiment by saying that such a crime is non-Jewish which only non-Jews are capable of. To quote him:

It happened 20 years ago this week, and the trauma is with us to this day. This is confirmed by the public statements made in the last few days. Some of these statements use the 1994 slaughter to settle political scores with the settlers in the West Bank, but the feelings of rage and guilt are authentic. True, many told themselves at the time, Baruch Goldstein took revenge on a community whose people carried out murders more heinous and terrible than this massacre (certainly in 1929). But this is such a “non-Jewish” act. Only “goyim,” as we have been taught from infancy (and history proves to be true), are capable of such brutal acts. So maybe in principle we are no different from the goyim? Hardly have we gathered in our own country and already we’re proving that we’re like all of the gentiles.

Though Shahak writes that there were some in the Israeli public who were shocked at the rejoicing over the massacre of innocent people and the “apologia offered by many politicians and public figures”. Some of those who were shocked described the supporters of Goldstein as “Nazis” or “Nazi-like”.

Shahak also gives the example of a discussion in a Knesset committee that is revealing of the true sentiments of Israeli leaders and how they were mainly worried about the harm the massacre caused Israeli Jews and their interests. Shahak holds that knowledge of Israeli politics and Jewish affairs “can best be attained by using the original sources of what Jews say among themselves.”

In this line one can look at the comments to a short article about Goldstein written in Tablet magazine (from what I can tell a somewhat liberal Jewish magazine, they published an interesting interview with Noam Chomsky not too long ago):
Lunch With Baruch Goldstein, One Year Before the Hebron Massacre
Looking at the comments most condemn him, but he is defended by one user, his refusal to treat non-Jews is denied or not mentioned while he is praised as a doctor, some who knew him say he was a nice guy, but there is one individual who gives all the facts and debunks the defence.

Or this article which covers up the fact that he refused to treat Arabs, the fact that he was a religious extremist and blames the incident on Goldstein having had a sudden mental breakdown (a story that was originally advanced by Israeli authorities, but dropped once the real facts were uncovered, which indicate his actions were premeditated):
I Was Baruch Goldstein’s Friend
Again more comments of defense and praise for Goldstein, contrasted with condemnation.