Just out of curiosity looked up the areas of Gaza and Israel. The Gaza strip has an area of 360 km^2, Israel has an area of between 22,000 km^2 and 27,000 km^2 depending on what you include/exclude. For comparison the Island of Monteal is 499 km^2. And the province of Quebec is 1,542,056 km^2. Country-wise Israel is smaller than Albania but bigger than Slovenia. Gaza on the other hand would be smaller than Barbados but bigger than Malta.

Here are some images. 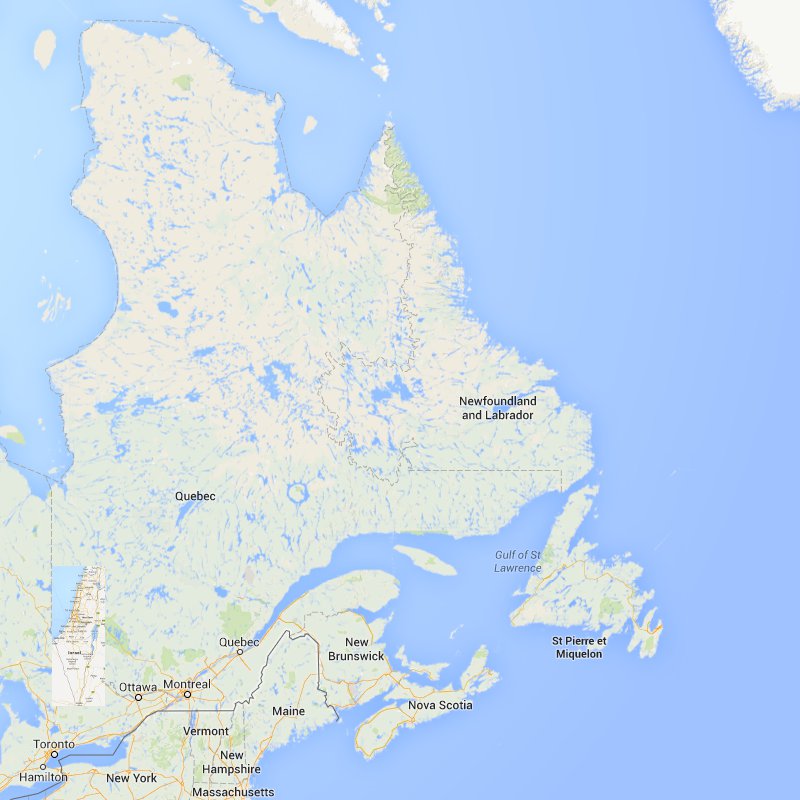 Note: All of these maps were grabbed off of google maps, sized and resized based on the map scale and image dimension in pixels. Sizes may be off. This is my second attempt at getting it right…