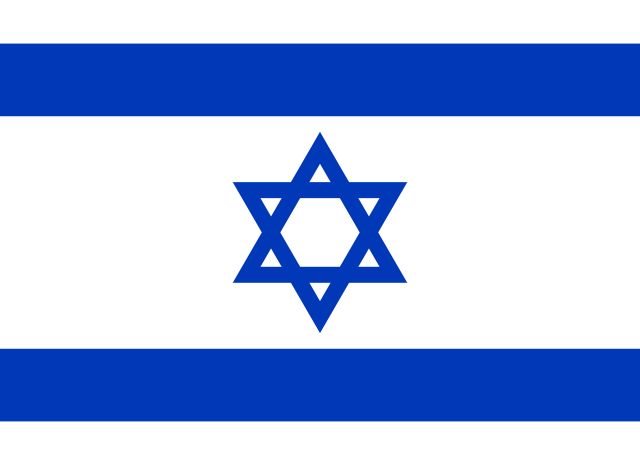 This is a hard topic, one because it is personal, and two I’ve never really confronted it head on before.

I think there are several factors.

Here are my initial thoughts.

First and foremost I admire Israel, minus the militarism and the racism. Otherwise I think it is a great country.

The revival of Hebrew, the founding of a democratic state, the quality of that democracy, the freedom and quality of the press, and so on, I admire greatly. On the other hand the ethnic cleansing of the Palestinians, the brutal occupation, the discrimination and racism, and the wars of aggression for territorial expansion, I do condemn, often, and publicly, but almost invariable neither harshly nor heatedly. But that is enough to paint me as a critic of Israel, and biased against Israel.

But to return to the subject: I admire Israel but criticize its failings, just as I admire America, although I criticize similar negative aspects.

Second is the fact that Israel could conceivably nuke Iran and get away with it (I would estimate there is a 1% chance at present that this will occur). Or if not this, then Israel could encourage a war that would destroy Iran, like Iraq was pretty much destroyed (I would estimate there is a 10% chance of this at present). So this is a huge concern.

I think most Canadians or Americans reading this will be surprised by the above statements, since it is Iran which is always painted as a great danger to world peace, but the fact is that Israel has at least 50 nuclear bombs (possibly as many as 200), and has almost unconditional US support. Iran on the other hand has as of yet 0 nuclear bombs, and is more or less a bitter enemy of the US. Given the fact that the two countries are competing for power and influence in the Middle East, I don’t think the above scenarios are unthinkable.

(As an aside given the above facts if Iran had a nuclear bomb and used it first, it would be vaporized nearly instantly. I think that if Iran does want a nuclear bomb, besides the usual irrational reason of national pride, much of it is as a deterrent to Israeli nukes.)

I am an Iranian-Canadian. Though I am Canadian first and foremost: I was born in Iran, but came to Canada with my parents when I was 10 months old. On the one hand I went to Iranian school on Saturdays for 9 or 10 years and can read and write Persian (though I read better than I write). On the other hand none of my close friends are Iranian, and I have visited Iran once since I left (when I was 13). So again while I am pretty much Canadian, I still care about Iran about a million times more than the average Canadian. And by extension for that reason alone, I care about Israel much more than the average Canadian as well.

Third is the fact that as long as Israel is perceived as being a “bad guy” in the Middle East (little Satan), it will hurt the cause of democracy in the region. As democracy can be painted as being a foreign imperialist/crusader thing. I don’t know how much I really buy this.

But I think the converse is very much true: if Israel was perceived positively in the Middle East it would do much to help promote democracy. And I would very much like to see democracy and human rights triumph in the region.

And on this topic, and more personally, while Israel is perceived as evil by Iran, and Iranians it is very hard for me to publicly express any sympathy with or interest in Israel.

To me it seems that it is easier for an Iranian to declare absolute and unconditional love for America, Canada or Great Britain than it is for him or her to declare genuine sympathy and concern for Israel. Mind you this is not for any particularly sinister reasons. It is simply that there are a great many Iranians living in these countries, so they have ties to them and so these countries are much more important to Iranians in a day to day sort of way. Israel from this perspective (economically and socially) is absolutely irrelevant (though militarily it punches above its weight), being much too small and having practically no non-Jewish Iranians living there.

Finally I have some interest in Judaism. Not in the sense that I would want to convert, but as in I would like to learn more about its history, its principles, and how it differs from Christianity and Islam, etc. Hard to explain but it is something like being curious to learn about what is different and unknown. Like in sex education, where prepubescent boys find female anatomy much more interesting than their own, just out of curiosity (and of course vice versa for little girls).